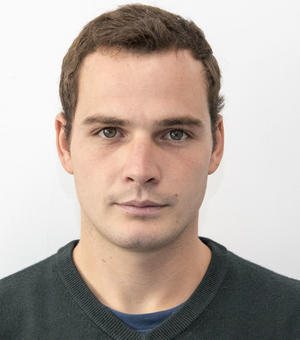 Nick is as of October 2021 a postdoc in our group. He joined in October 2017 as a DPhil student working on expanding the frontiers of nanofabrication, for the production of functional nanoarchitectures. He received his Masters degree in Mechanical Engineering from Boston University and conducted his thesis research at the Mesoscale Soft Matter Laboratory under the mentorship of Professor Keith A. Brown. Together, they explored the flow dynamics of localized liquid deposition from AFM probes. Before joining our group he conducted research at Columbia University exploring a microfluidic-based alternative for the selection of aptamers. Nick formerly served as a Division I NCAA athlete specializing in the pole vault where he has received several honours including the silver medal at the Greek U23 nationals. He now enjoys hiking, running and playing chess.